Making the Most of the Optimum Boom Boom Swimbait

Fred Roumbanis calls the Optimum Boom Boom swimbaits – both the weedless and treble-hooked versions – his “live or die” baits. While he now calls Arkansas home, Fred’s California roots make him a true believer that swimbaits are not just a fad, but a way to win more often, and he’s convinced that the Boom Boom series is the toolkit to get the job done. 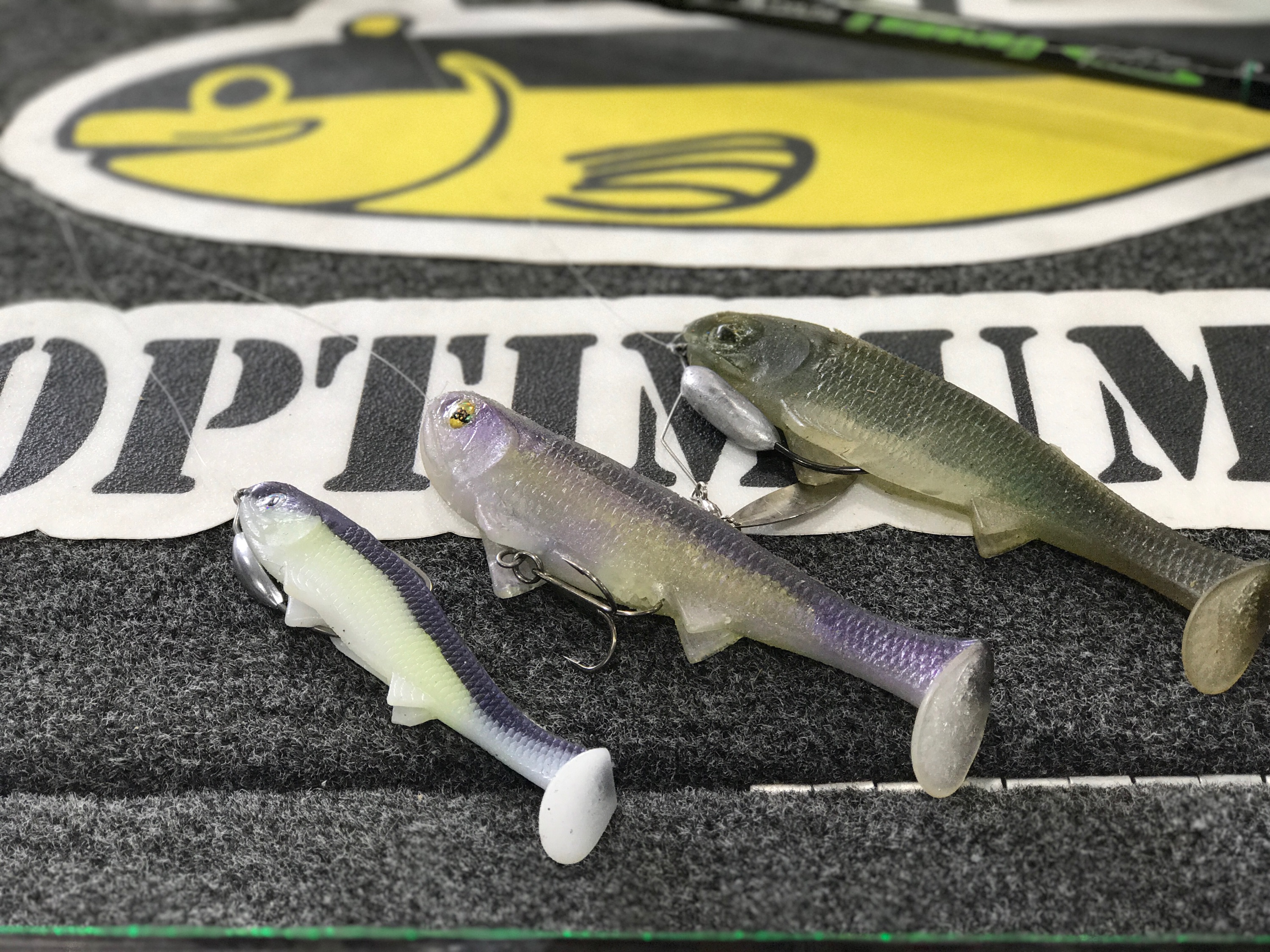 He believes that the 6-inch Rigged Boom Boom, unlike some similar lures, is deadly even in the hands of novices. There’s nothing to tune, they run straight right out of the package, and even his standard retrieve is remarkably simple. 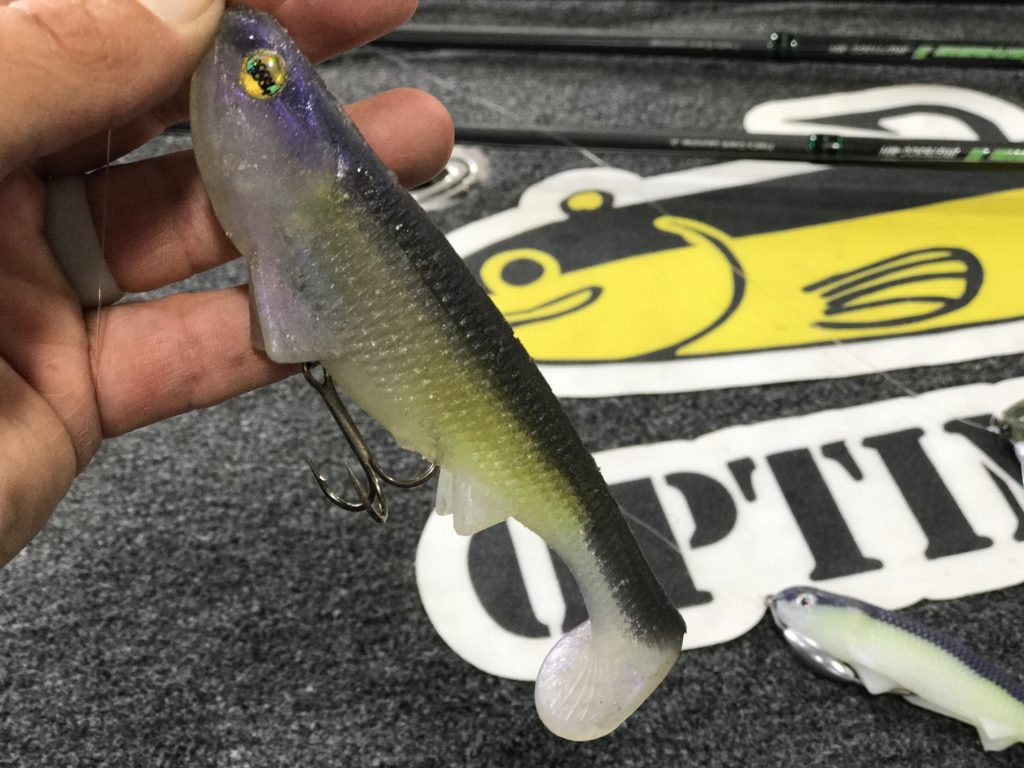 “I just reel it in,” he said. “I cast it out, let it sink for a couple of seconds, and then keep a little bit of a bow in my line. Usually, I keep the rod tip up and that creates the little bow, but you can also put your rod down and feel it thumping.”

Early in the season, starting when the water temperature hits around 56 degrees, it’s his primary search tool, and when the water hits the 60 to 65-degree range “it’s game on.” Anywhere there’s at least 18 inches of visibility, he’ll target areas where “they’re moving up in the afternoon and intercept them.” That could be timber, rocks, points, flats, or the shady portion beneath a bluff, but his favorite place is around the ditches that lead from wintering areas into the spawning grounds. “I’ve seen it happen at lakes like Amistad so many times,” he said. “They’ll just follow those ditches all the way in.” 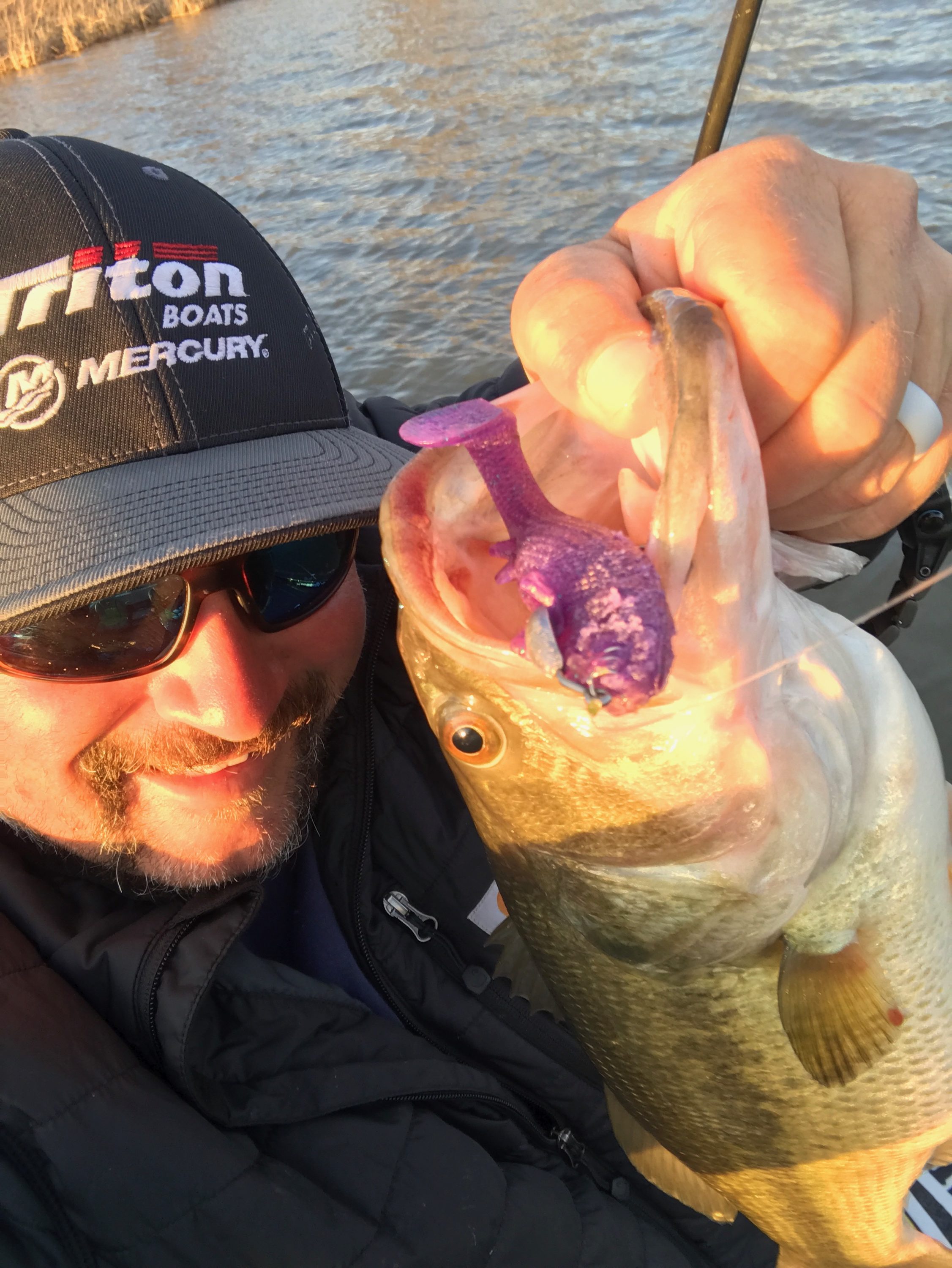 Fred typically retrieves the lure steadily 4 to 10 feet under the surface, making long casts and then tracking the lure starting at about the halfway point with Garmin’s Panoptix technology

The treble hook model gets the call in relatively open water, but he’ll employ the weedless version if there is standing grass like milfoil or hydrilla, and he noted that the lure is exceptional around standing reeds. It’s less than optimal if the reeds are folded over, although it’ll still work. 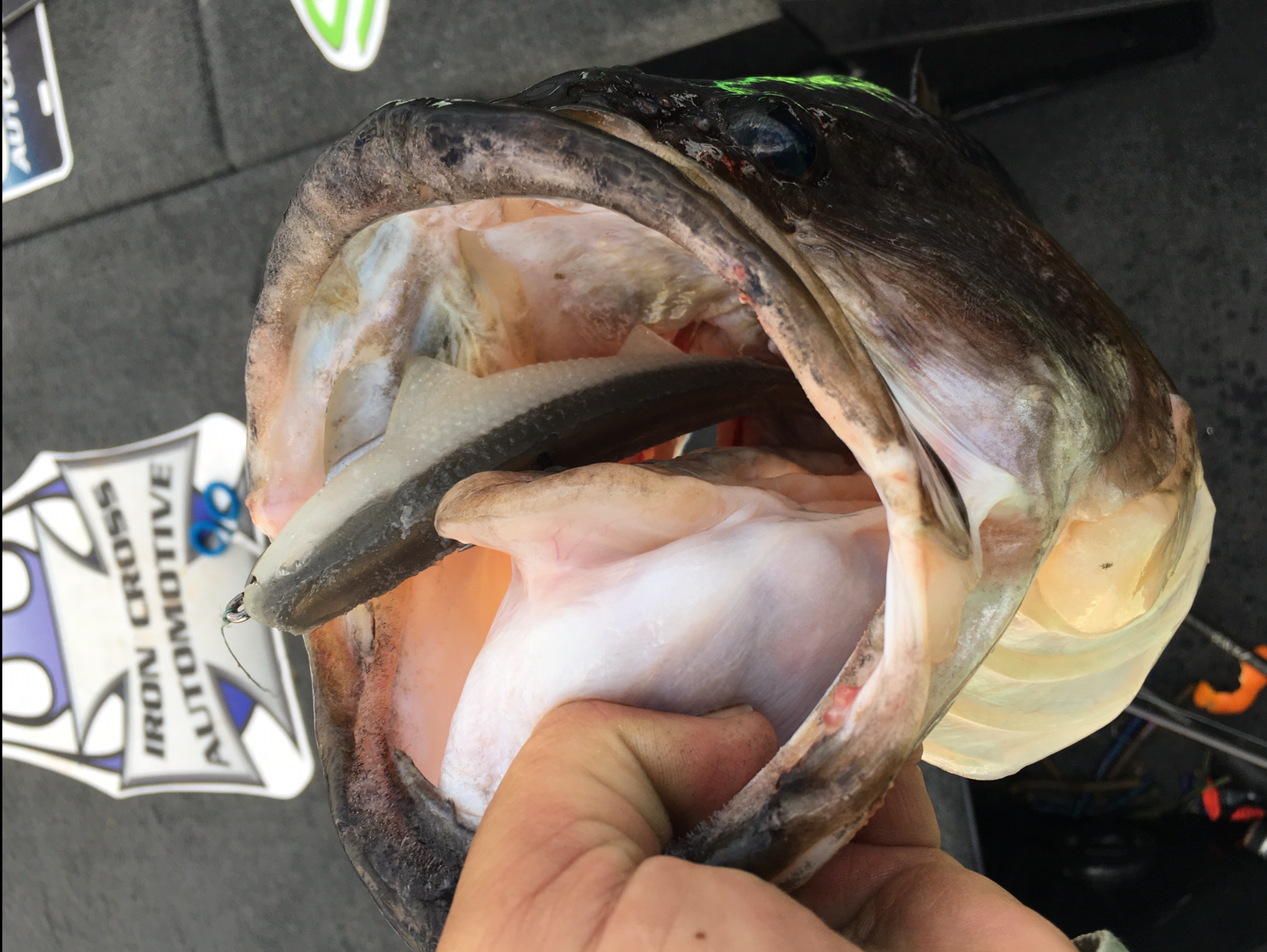 One other place where he said that the Boom Boom excels is on bedding fish. For some reason, it aggravates them and makes the big girls exceptionally territorial. He may eventually catch them on a Texas rigged tube or creature bait, but the swimbait is the strong threat that gets them to lock down in the first place. No matter what the season, though, you can be sure that he’ll have at least one of his namesake baits tied on and in the rod locker, or more likely on the deck.