Fred is known for throwing swimbaits and that is why he has come to Optimum to be his swimbait sponsor. “Where should I start? I grew up in Northern California throwing the Original Optimum off of the shore catching monster bass. I learned all about swimbait fishing with Optimum Swimbaits. When the opportunity came I jumped all over it. Now with the Baby Line Thru, I’m really dialed in.”
– Fred Roumbanis

Bill joined the Optimum staff in 2009 but has thrown our products throughout his pro career. He enjoys the versatily of the product line up and knows the baits will help him win throughout his season. “Recently I’ve got to play around with a variety of their baits and really am impressed. The Furbit Series is really original and that hair just drives the bass nuts. Swimbaits are playing a bigger role in tournaments these days and I am glad I have the Optimums tied on now.”
– Bill Lowen

Michael has been with Optimum Baits for three years and really likes the smaller offering. The 3″ Titan, 3″ Double Diamond, and the 3″ Baby Line Thru can always be found tied on to one of his rods. “I like the softness of their plastic and the action from their swimbaits. Plus all the different colors they offer you can really find one that matches the baitfish in the lakes across the country.”
– Michael Murphy

Kurt has been fishing professionally for 15 years and fishes the BASS Elite trail. He is now relocated to Del Rio, Texas
and lives 2 minutes from beautiful Lake Amistad. Kurt is a USCG licensed guide and knows how to share a great day on the water.
He says, “you will always find a 5″ Baby Line Thru tied on one of my rods and when fishing deeper water a 6″ Titan”

Paul Mueller competes in the Bassmaster Elite Series, and is a multi-species freshwater guide in the state of Connecticut. Paul also contributes to Backwoods Angler TV as seen on WFN. 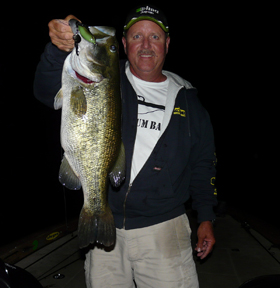 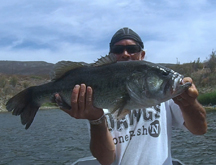 As a USCG Licensed Ship Master upon Oceans for the last 30 years, Joe now spends 3-5 days a week on the water, fishing and testing various bats and equipment; which are viewed on various web and social media sites specifically related to fishing.
Joe is the owner of ZEUS Management Ltd. a company that provides creative services for the sport and recreational fishing industry, specializing in video production and underwater footage. 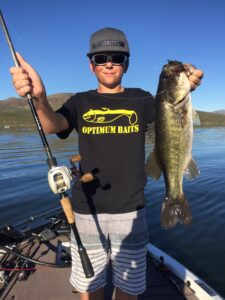 Jake started out fishing with Optimum 5 years ago during high school. He fished the FLW and B.A.S.S. youth and high school trails and took two back-to-back high school state championship wins. Jake is now an Industrial Design student at Wentworth Institute of Technology in Boston, MA and our product designer on our R&D team. 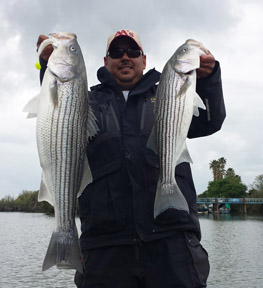 Manuel Saldana Jr. is a certified U.S.C.G. 50 ton master Captain & owner/ operator of MSJ Fishing Guide Service which is based out of the Yuba-Sutter area in Northern California. He has had great success guiding the Sacramento & Feather Rivers which offer some of the best striper fishing in the central valley.  His favorite optimum bait lure is the 5″ AA shad tail swim bait in pearl white, shad and smelt colors. He says, “stripers can’t resist the action these swim baits put out.  His sponsors include Cousins Tackle, Bait Buttons and Team Luck-E-Strike.